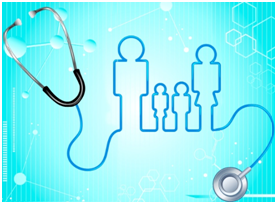 Key Facts about Dying without Health Insurance: There have been three health studies on the topic that people who don’t have health insurance are more likely to die rather than those who are insured. The School of John Hopkins made a survey of uninsured persons on the basis of race, age, and gender and found that 60% of uninsured children turn to death who were hospitalized without health insurance.

The surveyors have taken a survey of 23 million records of hospitalized persons and found that between 1988 and 2005, there were 16,787 deaths of children in hospitals due to lack of medical coverage.

A most popular Harvard University has reported that uninsured patients with traumatic injuries were likely to die in the hospital about two times more than the insured. The university found that most uninsured patients have chronic illnesses and are undiagnosed. They were not getting proper treatment for heart attack, strokes, kidney failure, and other major disease.

The researchers of Harvard University surveyed about 16000 uninsured adults and found that 46% of them were not aware that they were suffering from diabetes, 52% people unaware of the high cholesterol they were caught and 58.3% had poorly controlled blood pressure.

Some experts believe that emergency care is equitable but the research of Harvard University prove them wrong and say that uninsured person did not die due to non-coverage but they are dying due to delays in transfer from hospital to hospital, different level of care, and difficulty in communication with doctors.

According to research, the uninsured were 80% more likely to die than those with insurance provided by private insurers and the Medicaid program of the government. This is caused because of the above-mentioned causes. Private hospitals generally wait to stabilize the health of patients and then send the uninsured elsewhere. This transfer may become the worst condition for patients and increase the rate of death. However, the research did not believe this.

As per the analytical data by National Trauma Data Bank (which includes more than 900 U.S. hospitals), commercially insured patients had a death rate of 3.3% but the uninsured patient’s death rate was almost double i.e. 5.7%. However, this topic needs more analysis of patients and finds the answer by taking more surveys on whether more uninsured people are dying than people who are secured with health insurance. Read more articles on daily rewards.